Cape Disappointment may have sucked for Lewis and Clark, but it was OK for us. We started the morning with a walk to the ocean side and checked out the enormous piles of enormous driftwood, along with some of the strange plant life this unique landscape had to offer. 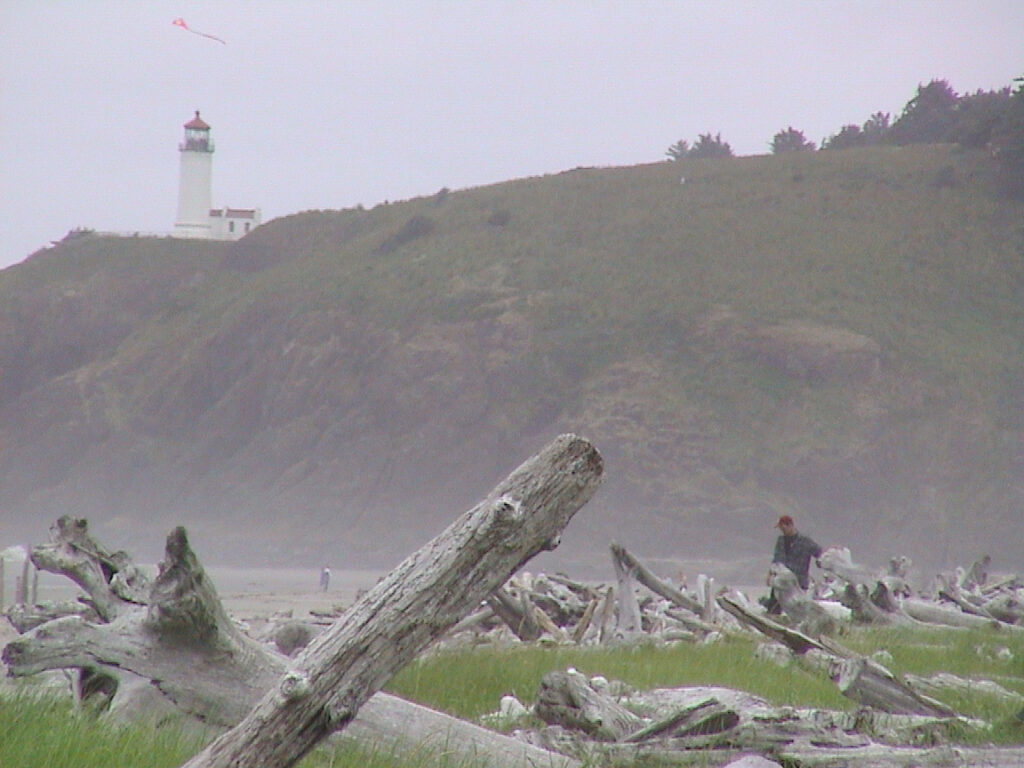 A view of the coastline near Cape Disappointment.

For us, the disappointment came from the breakfast we had at Don’s Portside Cafe in Ilwaco. Everything was ordinary, we paid $17 and left hungry, and the place was filled with smoke in spite of also being filled with “no smoking” signs.

Our next destination was the Quinault Valley Rain Forest, an area in the southwestern corner of Olympic National Park. On our way there, we passed mile after mile of tree farms. The lumber companies referred to their tracts of land as plantations, and big signs would proudly tell passing travelers when the tracts were clear-cut, replanted, and clear-cut again. These monocultures were devoid of the rich diversity of life one would expect of a forest. They were not forests. They were tree farms, and the difference was obvious.

The Quinault Valley Rain Forest is a rare patch of old growth. We had to drive many miles on narrow dusty dirt roads to get there. We had to cross a low wooden bridge with a 2-ton limit (hmmm… does The Big Red Dog weigh less than two tons with this load?).

Our reward was to find ourselves in a true temperate rain forest. The floor is a deep bed of downed moss-covered wood in various stages of decomposition, the trunks of the trees would require a ring of five hippies to be completely hugged, and in spite of the drought conditions there was enough moisture to sustain ferns, moss, mushrooms, and mosquitoes. 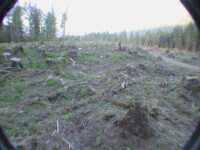 We backtracked to the crossroads lumber town of Aberdeen, and after another boring and unsatisfying meal we found ourselves heading down US 12 toward Olympia. It felt odd to be following a road with such a familiar designation (US 12 runs from St. Paul to Eau Claire to Madison, so it’s part of our back yard in Wisconsin) in such unfamiliar territory.

For a little while we found ourselves driving in circles looking for a motel. There was supposed to be a Motel 6 in Tumwater, but even when we could see it we couldn’t find the right roads to get us there. It was a frustrating end to the day.