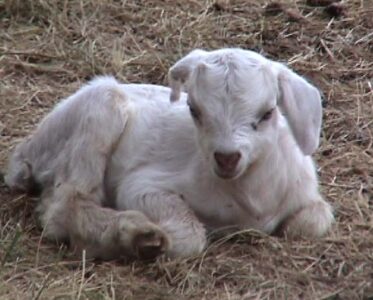 We visited Eddy and Mimi’s farm days after this goat was born.

The day started at Eddy’s place, but Eddy wasn’t there. So we got acquainted with Vessna and Malcom, who were looking after the place and got us set up last night.

We spent a little time in the morning catching up on email and other electronic errands. That included getting an image of a new baby goat that had just been born at the place. Eddy and Mimi hadn’t seen it yet, so the picture we emailed to them was their first look.

Our plans were to go to Crater Lake from Eddy’s place, but we had not yet recovered from the Shasta hike, and we and the truck were eager to land someplace for a while. So we’re skipping Crater Lake for now and going directly to Springfield.

Our pledge to avoid the freeway broke down in Ashland. The idea was to see the countryside up close, including all of the old stuff that lined the highways that people used before the freeways existed. But in Ashland, we found ourselves dealing with the traffic of suburbia while viewing the suburban dreck of strip malls and big box stores.

That’s not what we’re traveling for, and we don’t have time for this, so today we take the freeway.

Tonight we’re staying with Becca, the daughter of our good friend Steve who came from La Crosse with his partner Diane. Before we left home we all made plans to meet up for Country Fair, and Becca’s place is our meeting point.

When we got close to Springfield, we pulled into a rest area to call Becca for directions, and we got there in the early evening. We had plenty of time to pitch our tent, make friends with Becca, her partner and her two young sons, and to catch up with Steve and Diane on our respective adventures getting to Oregon. 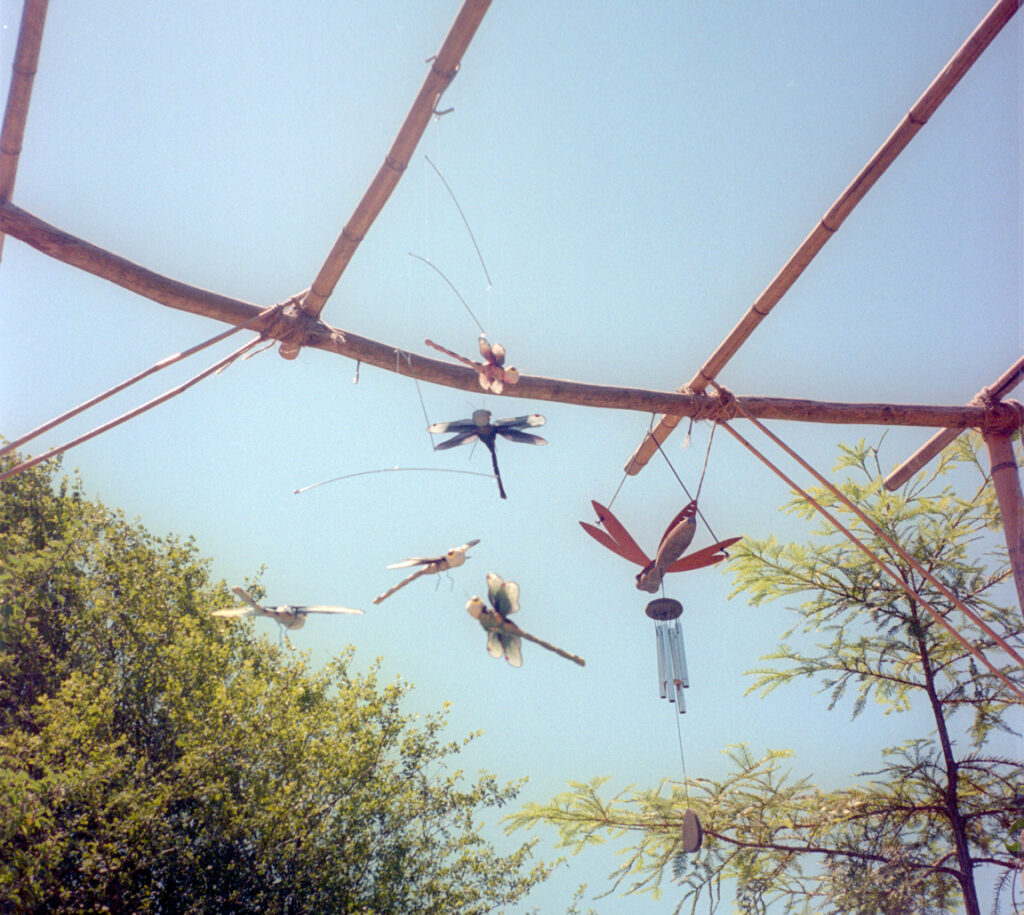 Lying on our backs on Becca’s patio, we saw this mobile of crafted dragonflies.