We started the day in Kettle Falls, which is where Route 20 crosses the Columbia River in the northeastern corner of Washington. We were in the Washington desert, the rain shadow of the Cascade Mountains. Just before we got to the Idaho state line, the road turned south and met up with US 2. 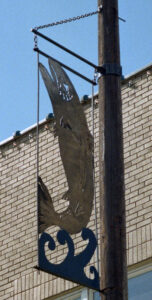 In Newport, Washington, most of the businesses cater to visitors who are there to catch fish (or at least they try to catch fish).

Route 20 and US 2 link up in Newport, Washington, which is at the Idaho state line. From there, we only had to cross about 80 miles of the Idaho panhandle to get to Montana, which we thought should take an hour and a half. But as soon as we crossed the state line, the road became a perpetual construction zone.

After 3 hours in Idaho, we got to the crossroads town of Sandpoint, and spent a good half hour in traffic jams there. We spotted an alternate route into Montana via State Hwy 200, so we bailed out of US 2. Once we got around some slow people who wouldn’t use turn-outs it was a pleasant ride.

Montana has an interesting wrinkle to their highway signage. Anywhere that someone has been killed on the highway, they put up little crosses. It inspires some extra care on the tight corners when you see the crosses around the bend.

Our detour would bring us back to US 2 near Libby. Along the way we made a side trip to some old-growth cedars at the Ross Creek Cedars Scenic Area. This was another place where the existence of old growth seemed to protect the land from drought, as we found lots of interesting mosses and mushrooms nourishing the undergrowth. 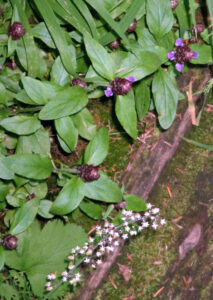 Some of the plant life seen in Ross Creek Cedars Scenic Area. 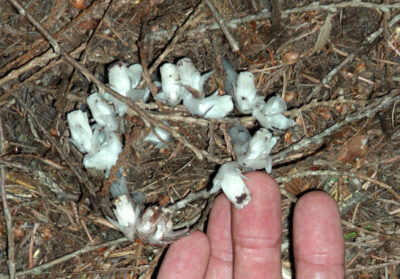 Some fungus in the early stages of becoming mushrooms 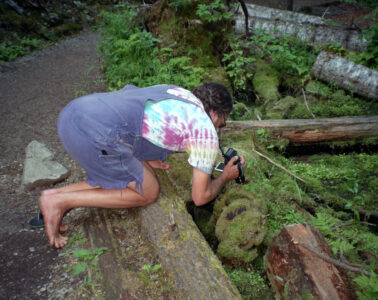 Examining moss and other tiny life forms on the floor of the forest. 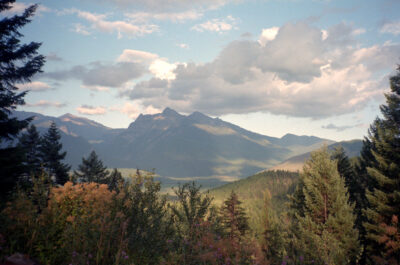 Ross Creek Cedars Scenic Area is high on a hill, and we were offered this vista on the way back down.

Just as the sun went down we found a state park campground on a mountain lake just off the highway between Libby and Kalispel. We noticed that many of the other campers came on Harleys. Before sleeping we got to enjoy the company of Canada Geese as we watched the full moon reflecting off the lake.